Four Biographies of Montaigne
And Two Translations of the Essays

For some of Montaigne’s contemporaries and some of those who read his book in the centuries that followed its publication, the author of the Essays had shared too much of himself. He had written about his private life the way a gentleman should not, showing himself as an ordinary man, discussing his body, his sexuality, his fears, his flaws openly.

Of course, for others, his attempt at an honest self-portrait was what made the Essays such a new and compelling kind of book. It contributed to making it a classic.

If it weren’t for the Essays, however, and irrespective of its critics’ opinions of it, Montaigne would likely be unknown to most of us. He was, after all, an unremarkable magistrate and only a minor country aristocrat with limited involvement in national affairs. Only some of his letters survived and few official documents — reports for and from the Parlement of Bordeaux, some family papers, other miscellany — bear his name. His travel journal to Italy lay in a chest, unread, for nearly two hundred years.

Yet, from this and other sources (and from the Essays, of course) historians, literary scholars, and others have been able to put together their own portraits of Montaigne. They have emphasized aspects of his life that drew them to him. They have offered their own reading of the stories Montaigne told about himself. We picked four of those biographies — each very different from each other but all accessible — to provide context and perspective on the life of the author of the Essays. 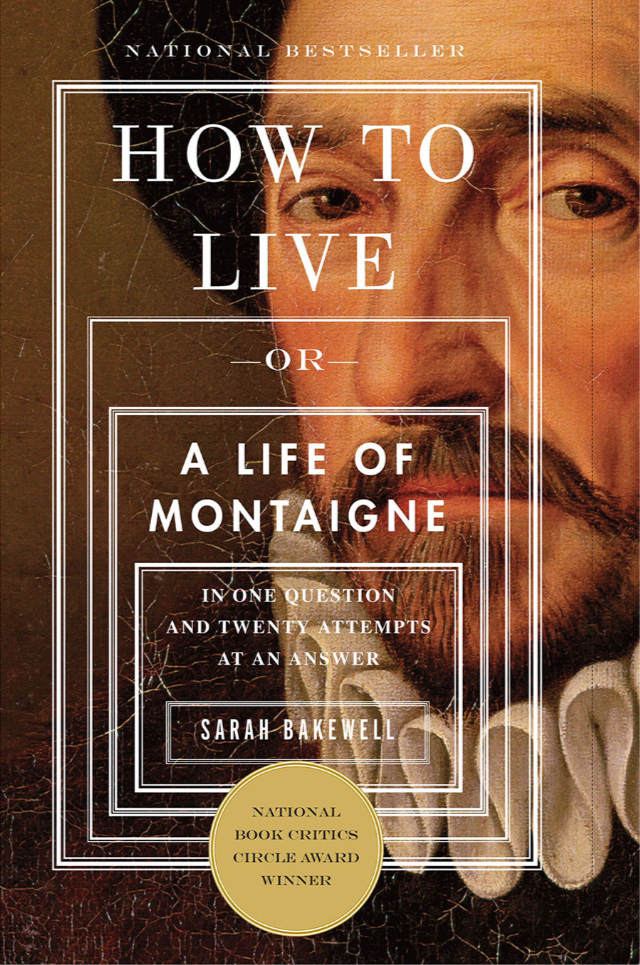 In How to Live: Or A Life of Montaigne in One Question and Twenty Attempts at an Answer (Other Press, 2011, 416 pages), Sarah Bakewell presents the main episodes of Montaigne’s life thematically, as answers to the title of the book, which she relates to their historical context and connects to an accessible literary and philosophical analysis of his work. In chapter after chapter, she paints a lively and human portrait of him and does an excellent job of explaining how the Essays were written and read, how they relate to Montaigne’s life, and why they matter. This biography, which deservedly became a bestseller, is thorough without being overwhelming, engaging without being superficial, and easy to read without being boring or ever dumbing things down. 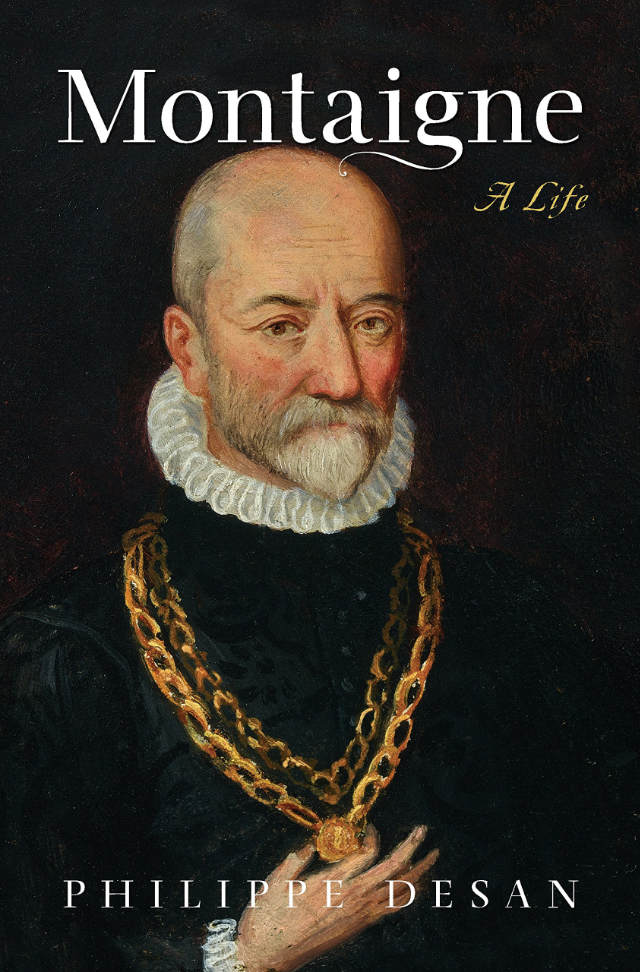 Philippe Desan’s Montaigne: A Life (Princeton University Press, 2019, 832 pages, translated by Steven Rendall and Lisa Neal) is, as its subtitle in French (Une biographie politique) originally indicated, a political biography of the author of the Essays. In particular, it shows how Montaigne’s decision to write and publish, as well as the many choices he made in connection with this decision (timing, topics, dedications, etc.), are connected to the political situation of late sixteenth-century France and to the role that he saw himself playing in it. This detailed biography, written by one of the world’s foremost experts on Montaigne, is the longest of the books in our selection and is best suited to those primarily interested in understanding Montaigne as a product of his time and a historical figure himself — albeit a minor one — rather than as an essayist or a philosopher first. 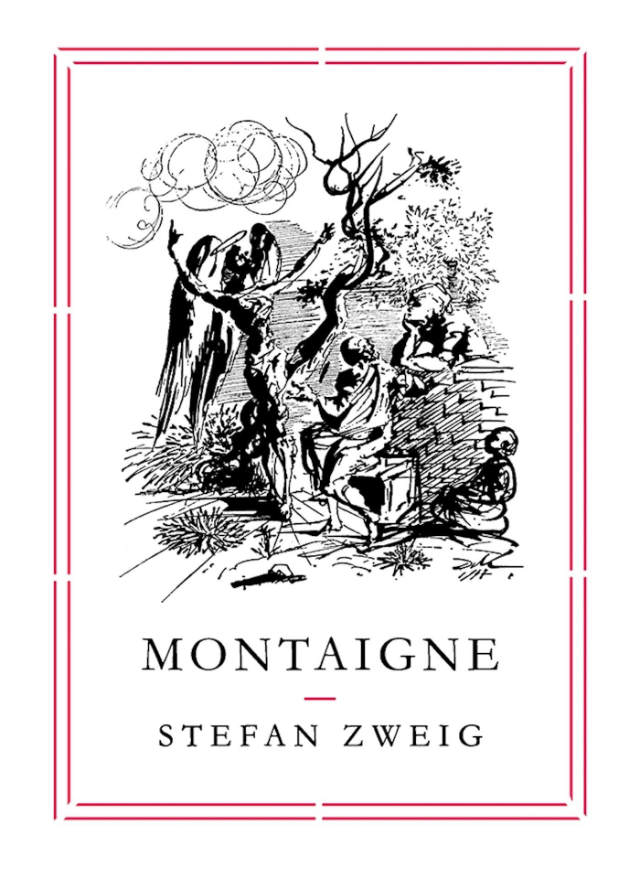 Montaigne’s lifelong interest in how to be — wholly himself and free — in a society torn apart by war resonated deeply with Austrian writer Stefan Zweig, who wrote Montaigne (Pushkin Press, 2015, 160 pages, translated by Will Stone) in 1941. The strictly biographical aspects of this book, which Zweig wrote in exile and without much to work from, is, by modern standards, less developed than that of the other books on our list. However, as a biographical meditation guided by Zweig’s interest in Montaigne’s intellectual journey, in how a small aristocrat from Gascony became the philosopher he admires, it is unique and excellent. 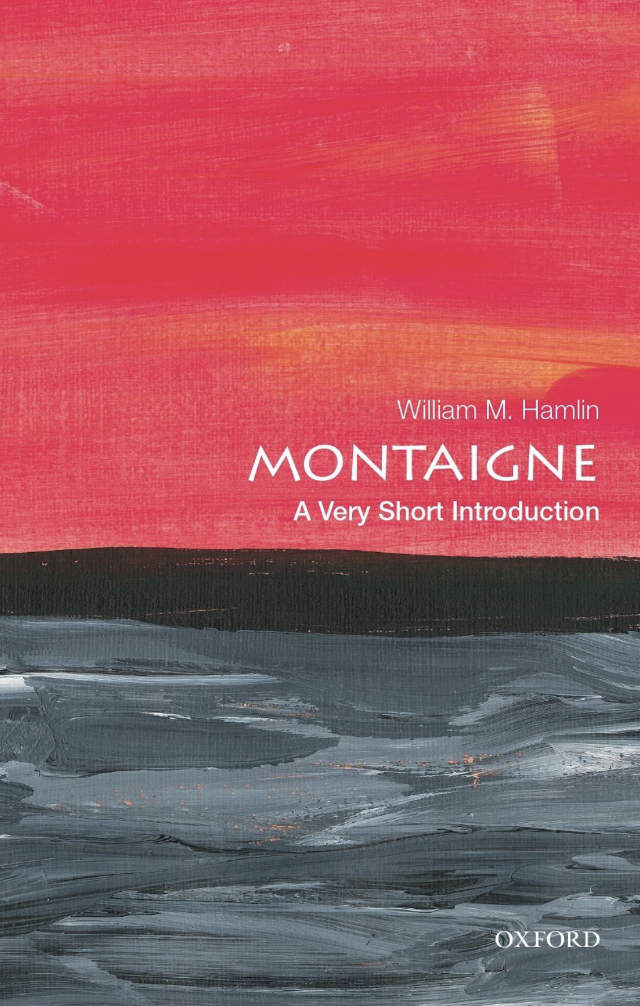 Montaigne: A Very Short Introduction (Oxford University Press, 2020, 168 pages), like other books in the Very Short Introduction series, provides a formal, somewhat academic, overview of its subject. Its author, William H. Hamlin is a professor of early modern European literature and an expert on Montaigne’s reception in the English-speaking world. Here, however, Hamlin focuses on describing the Essays and introducing its author. Of the four biographies we included here, it offers the most succinct view of Montaigne and his work, explaining the major themes of his book and summarizing the reasons for its relevance. It is a very good introductory biography, well suited for students and those less invested in immersing themselves in Montaigne’s writings. 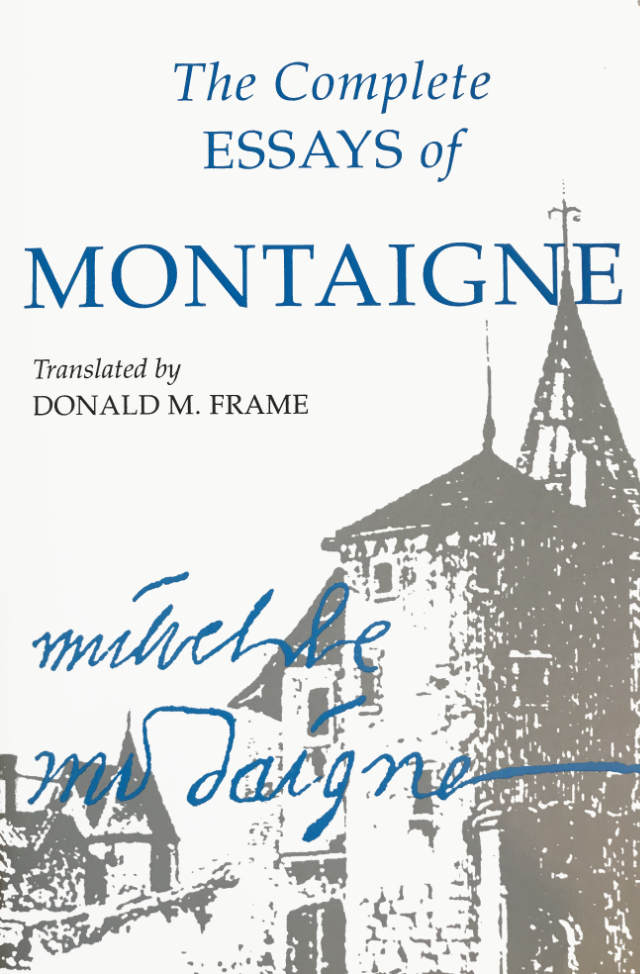 Frame finished his translation in the late 1940s and his language is slightly more dated and formal than Screech’s which, in a more contemporary prose, conveys well the liveliness of Montaigne’s writing style.

The Penguin Classics edition features small introductory paragraphs before each chapter, which is helpful to readers looking for background information, as well as more extensive notes. Stanford’s paperback edition, however, is more carefully laid out and, therefore, more pleasant to read. Frame also decided to show Montaigne’s copious Latin and Greek quotations in translation only, which, though it may seem like a loss to some, makes for a seamless reading experience. 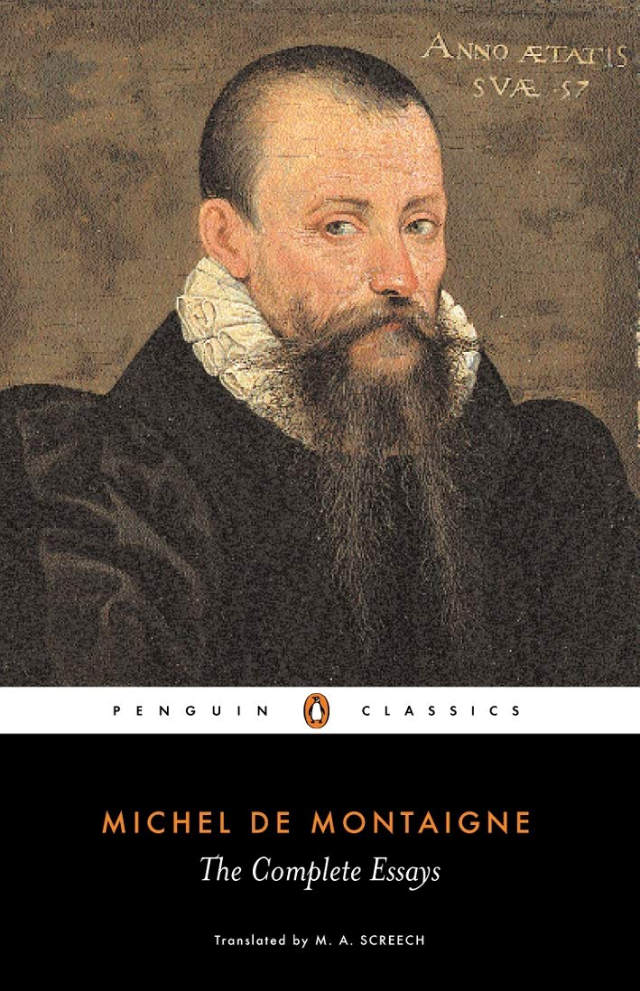